By: Richard G. Delany
In: Online review
Tagged: online games
Gamers are no strangers to MMOs. Massively multiplayer online games have devoured the lives of many over the years, myself included, due to the appeal and longevity of games. The tastes of World of warcraft, and now Neverwinter Achievements on consoles, entice players with endless quests and take on challenging dungeons for some sweet loot at the end. DC Universe Online Achievements continues this trend, but it’s not a new title. Xbox gamers only recently had the chance to become a superhero or villain on their own and take on the world of DC comics in a game that first released on PC and PS3 at the start. of 2011. Is this just another in the list of forgettable MMO titles or was it worth the wait?

DC Universe Online Introduces you to a dramatic opening sequence to explain the state of the world and what causes your own character’s origins. Brainiac is back to wreak havoc and the heroes and villains of the world are realizing that this is not a good situation. Ordinary humans have been caught in chaos and now many of them have acquired their own powers. That’s a pretty decent explanation to get you started and quickly brings you to the character creation screen.

Right from the start, there are a ton of options for your hero or villain. Different skin types, costumes and accessories can be combined to create the character of your dreams, and even a specific purely cosmetic personality can be chosen. The powers you can choose from are many but all boil down to a few roles. Control powers can stun enemies in a variety of ways and help with crowd control, while damage dealers only focus on killing the enemy as quickly as possible. Healers focus on the abilities to keep others fit and well on the battlefield while tanks keep the enemy’s attention on them when in a group scenario. There is also a type of movement for your character so that you can fly, run like The Flash, and skim the ground for a smooth journey. Finally, to go along with your real powers, you’ll be giving your character their initial fighting style, whether it’s with a bow, martial arts, two-handed weapon, or something else. For your perfect hero or villain, you’ll be on the character creation screen for a while, watching your character come together with different combinations.

After completing the first tutorial quest, you’ll be unleashed into the world to do whatever you want, albeit with some limitations at the start. The game does a good job of telling you what to do next and you’ll automatically be taken to plenty of questlines that regularly end in a great battle. These tend to be given to you, one after another, as you play through the game and level up. You can ignore them if you want to, but this is how you will start to master your character and make him more powerful.

These questlines are extremely typical of an MMO. You will often be offered rather uninteresting tasks of killing a set number of enemies, collecting items, and saving people. However, once you’ve gathered this “information” you’ll be able to face off against the big bad at the end who takes the form of one of DC’s characters, like Giganta or Gorilla Grodd. You will find them at the end of the special instances areas through which you will fight to face them. This is where the fun is in the game as it’s fun unleashing whatever you’ve got on those enemies and then witnessing a miniature cutscene at the end.

As you level up and acquire more equipment in your adventures, you will eventually be able to team up with other players and participate in group events and instances. Like many MMOs, this is where the game shines the most. Once you have queued for the desired instance and successfully entered, you will be transported to an area where you will be assigned a task. This comes down to the same formula as the regular quests, but instead you are faced with much more powerful enemies that act as an obstacle between you and your quest. To get out of this unscathed, your team will need to work effectively together and, above all, stay united. Moving on to the next area of ​​the instance and taking out the final boss is definitely a highlight of DC online but it’s not as easy as mashing the attack button to get the victory. Expect heavy resistance and a few kills, especially if you’re with a group of random players.

Along with instances of the game, there is also PvP to participate in if you want to. There are plenty of arenas on offer with varying numbers of players in each and, again, this requires more than just beating your opponent. For example, the team of heroes may have to defend the Bat Computer in the Batcave as the bad guys rush to try and take control. It’s a concept we’re extremely familiar with in MMOs and other multiplayer games, but the chance to show your powers in the face of another player is the main draw here. The balance of the game seems fair as even the worst PvP players will be able to decimate a few opponents.

To top it off, you can also play a “Legends” version of the arenas. This is where you play as a DC hero or villain and control their iconic powers. The characters will need to be unlocked as the game progresses, but that adds a bit of diversity and allows you to take a break with your own character. Even the free roaming duel in the world is also an option, and all players who activate the mode can be challenged on the fly.

While you play DC online, improve your character and discover other places, you will quickly realize that there is not much to do. There is a decent amount of real content and quite a few areas, but it’s just like doing questline after questline and participating in instances / raids when your level allows. This is the downside of MMOs. There is a lot of repetition in what you do and DC online doesn’t do much to try to break the mold. Only 11 hours later, I felt like I had seen everything that was on offer and that whatever I did next would be just a different version of the same things that had been done before. Owning a lair for yourself gives the game that superhero flavor, but it’s nothing particularly exciting and you won’t be coming back to the game for it. Regardless of all of that, the bursts of fun and addicting appeal of an MMO can still keep gamers coming back for a bit more.

As a nuisance, gambling is regularly subject to lag and can occur no matter where you are or what you are doing. While this doesn’t completely stop the game, it can feel overkill when it can’t even keep up with you when you navigate the menus quickly. Something that also divides players when they say yes or no to an MMO is the subscription fee. DC online can be played for free, but that limits what you can do in-game and what powers and customization options you have, of course. If you want to obtain the illusory membership status, you will have to shell out a considerable sum. Membership for a month costs you £ 11.99 (or regional equivalent) and an entire year will cost you £ 74.99. If you go down this route, you will need to make sure that you get what you pay for or you will feel the cold of regret if you realize that you don’t want to gamble anymore.

The list of achievements for DC online is pretty basic. There are only 13 achievements in all. Aside from randomly achieving to earn a platinum medal in a race, the rest involve leveling up your character in a specific role or through a particular mentor. To grab the 1000G you will need to raise a lot of characters to level 30; it might not be a long list, but it will still take you a long time.

DC Universe Online is a bit of a mixed bag. It has that MMO charm that can make you jump for a fight before you watch a few hours go by. The character customization and iconic characters you interact with make it an enjoyable game. You’ll quickly start repeating actions in disguise of a new quest or storyline, but it’s still hard to resist the game’s addicting appeal when you’re 8pm with a looking superhero. sophisticated. To get there, however, you might have to shell out a stupidly high amount to become a member and get all the benefits, but it’s up to you to decide if it’s worth it. DC Universe Online won’t be an MMO to be remembered for years to come, but it is still entertaining for those who are fans of the genre and for someone who wants to immerse themselves in a world of superheroes and villains. 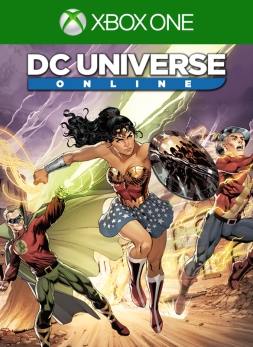 The reviewer spent 11.5 hours creating the hero of his dreams, battling villains, and enjoying his stylish cape. Only 2 of the 13 achievements were achieved in the process.
2016-05-12
Previous Post: Black Desert Online Review – GameSpot
Next Post: Star Trek Online Review – Xbox One