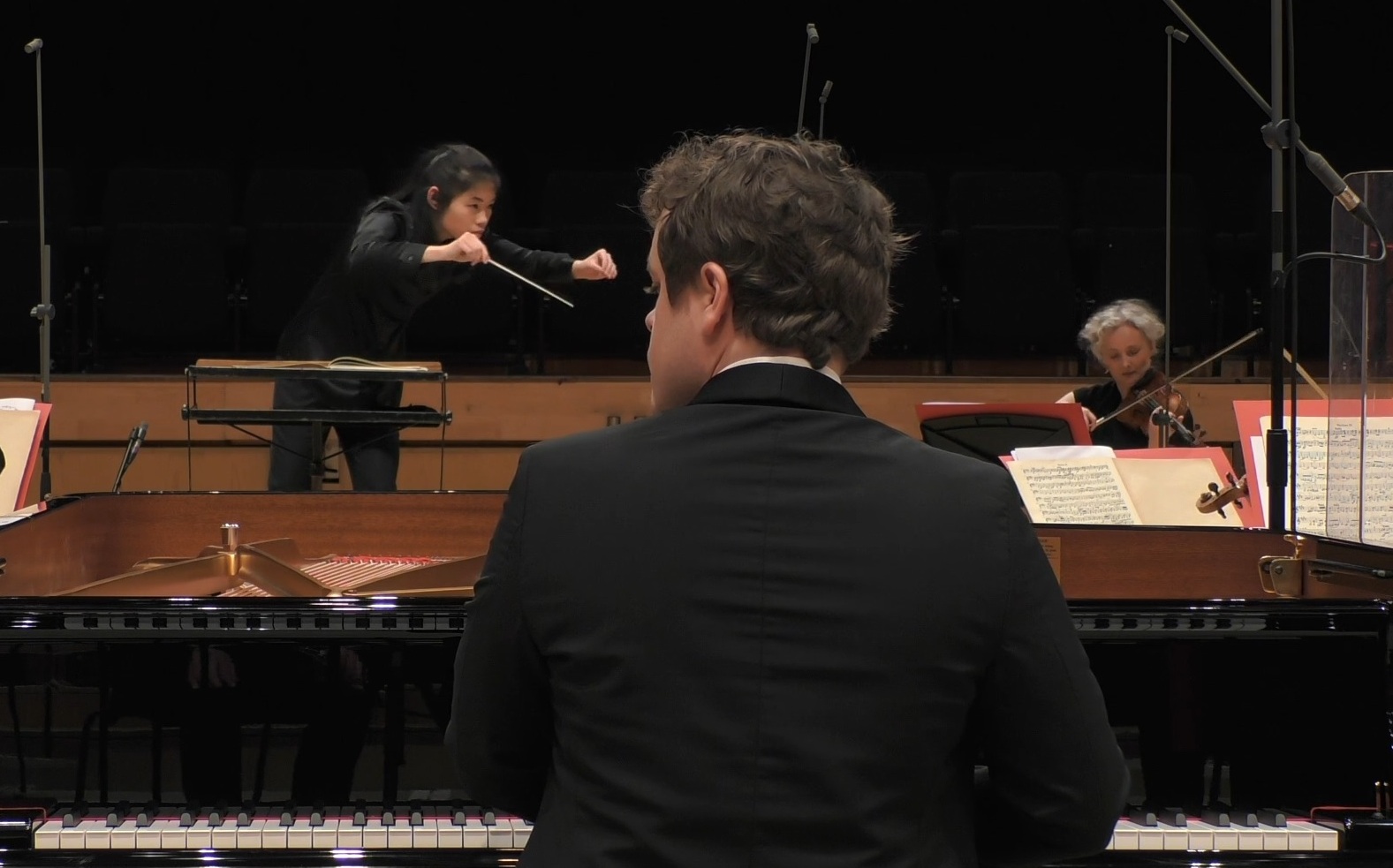 While I really like the Royal Scottish National Orchestra, a steadfast companion through many winters in Edinburgh, from the waiting student to the bus pass, there is no doubt that I would have preferred to be. A link, a click and a screen in my desktop don’t even come close to the palpable excitement in the Royal Festival Hall that evening (David Nice was there and confirmed this in his review). Orchestral music needs an audience, and it is a tantalizing aspect of these recent pandemic months that this luxury is so unevenly distributed across the country.

That said, this is a perfectly presented video, recorded on May 13 at the Glasgow Royal Concert Hall, and part of the RSNO’s Polska Scotland series. The concerts are supported by the Adam Mickiewicz Institute as part of the international cultural program marking the centenary of the regained independence of Poland. The series includes Szymanowski’s two violin concertos, the Sinfonia sacra, and more Lutoslawski that anyone would dare to program in front of a live audience. These are riches indeed, suggesting that the consolation of the pandemic is that programmers can be more innovative when they don’t need 2,000 bums in the seats to pull off a performance. The concert opens with a rarity, Orawa, by Wojciech Kilar, a composer perhaps best known for the music behind Coppola Dracula, or that of Polanski The pianist. Orawa is a short but vigorous portrait, for large string orchestra, of the dramatic landscape of southern Poland near the Tatra Mountains – indeed, it was first performed in Zakopane, in 1986. Driven by a relentless rhythmic impulse, it recalls the clear, insistent melodies of Janáček with an overlay of Siberian grandeur. Senior Guest Conductor Elim Chan (photo above) does not take prisoners, with a pace so decisive that it almost beats the digitization of video, but it does an exciting ride, with two endings: the first a civilized cadence, the second, after a sufficient pause for the nonexistent audience applauds, ending with a “whoop!” Ecstatic vocalised from the whole orchestra.

A complete change in texture ensued: Chopin’s mistakenly numbered First Piano Concerto (it was published before but composed after No. 2) with young British pianist Benjamin Grosvenor (in photo below) as a soloist. To achieve the necessary social distancing, the stage is set up in an unusual way with the cover removed and the piano at the heart of the orchestra, the tail pointing towards Chan so that the soloist and the conductor form an axis in the middle. of the orchestra. For Grosvenor, I imagine this is quite revealing. Most concerto pianists are used to hearing violins in one ear and the audience sneezing in the other – in this arrangement, he is happily immersed in the violas with woodwinds behind. 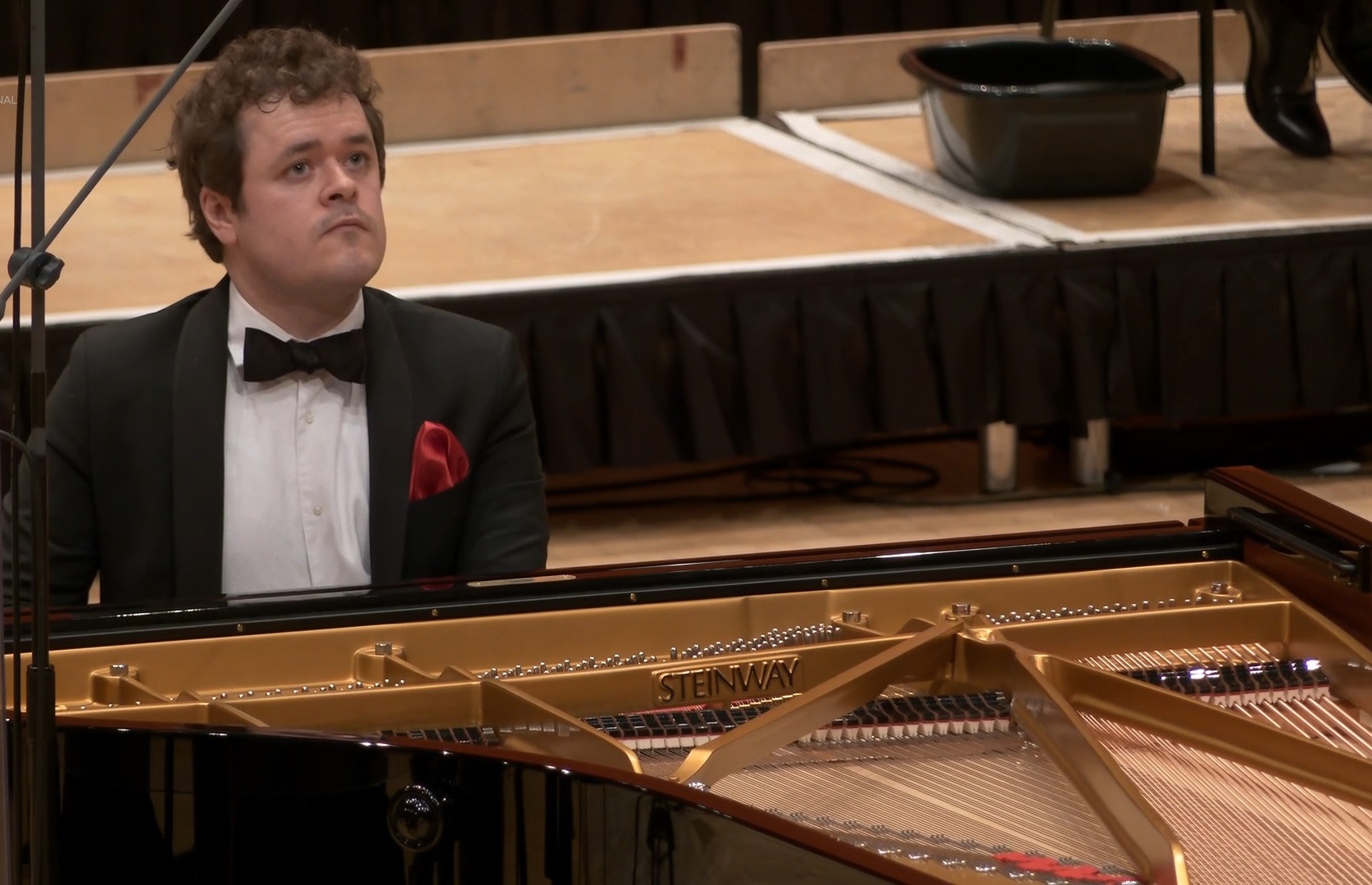 It is a performance of impressive precision but somewhat lacking in nuance. Chan’s rhythm is still going strong and I feel like even if Grosvenor wanted to introduce a little more rubato, it wouldn’t be allowed. It pulls the melody a bit into the coda of the first movement but overall it is a performance faithful to the classic model that inspired Chopin.

Everything changes again for the last song of the program, Lutoslawskiis masterful Concerto for orchestra. It’s shorter than the Chopin, but looks longer and grander, with massive brass choirs, scintillating percussion, and brilliant writing, as the name suggests, for every part of the orchestra, including an outing. of bravery of a note for the celestial. If there’s one song that deserves a huge orchestra playing live to a full house, this is it. Now, looking back, we can see that while Chopin’s politely restrained concerto sits quite comfortably in a video performance; the two rooms on either side, on the other hand, have an exuberant energy that is barely contained by the computer screen and speakers.

The performances are all applauded. The conductor applauding the orchestra, the orchestra applauding the soloist, everyone applauding everyone. Such incontinent applause was once a source of irritation, but with everything else in this Coronavirus-sealed world, I have come to accept it, even welcome it, for the hope that it keeps alive that we will again have a suitable audience, applauding wildly, everywhere.