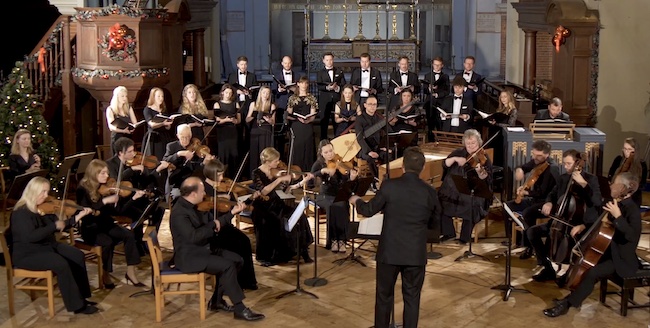 And if in this fifth festival some feature films have become familiar – Apollo5, I Fagiolini and the King’s Singers – there are also some American novelties this time around. Award-winning group The Crossing offered a reflection on exiting Covid, and St Olaf’s Christmas concert was a first taste in this country of what is a festive staple out there.

But amid the emphasis on modern Christmas carols, or modern arrangements of Christmas carols, offered in Voces8 (photo below) and the King’s Singers programs, the highlights for me were the Renaissance sequence that cleans the palace presented by Stile Antico and the unpredictable I Fagiolini. Where there were plenty of schmaltz elsewhere – and there’s certainly no better time for schmaltz than Christmas – these two found different ways to refresh the festive repertoire.

The music matched the Christmas story, but also followed a satisfying musical thread. that of Peter Philips Hodie nobis offered panels of harmonious color, like a stained glass window, where Byrd’s Rorate caeli was invigorating in its lively rhythmic delineation. At Josquin Ave Maria, the singers have found serenity with a touch of austerity in this most modern sound of a very old composer. It was a compelling listen.

Where Stile Antico offered a tasty menu with rich flavors, all taken from the same cuisine, I Fagiolini (photo above) were more Heston Blumenthal. A mixed starter by Bach and Monteverdi was followed by their main course, a little-known dramatic cantata by Neapolitan Baroque composer Cristoforo Caresana. Director Robert Hollingworth has aptly described The Tarantella like a pantomime, and it clearly appealed to his musical sensibility and sense of the absurd. Stuffed with musical and visual jokes, there was something Blackadder in his postmodern awareness of his own essential silliness.

Making music, however, was anything but silly. Led with vim and verve by Brecon Baroque (conducted by Rachel Podger), augmented by guitar and theorbo (Eligio Quinteiro and Arngeir Hauksson), the icing on the cake was the sizzling percussions of Louise Duggan and Zands Duggan. Charles Gibbs as The Devil (whistles and hoots) had hellish charisma, while the Halo Angels (late replacements Elspeth Piggott and Ana Beard-Fernandez) were lively and well-matched in sound. 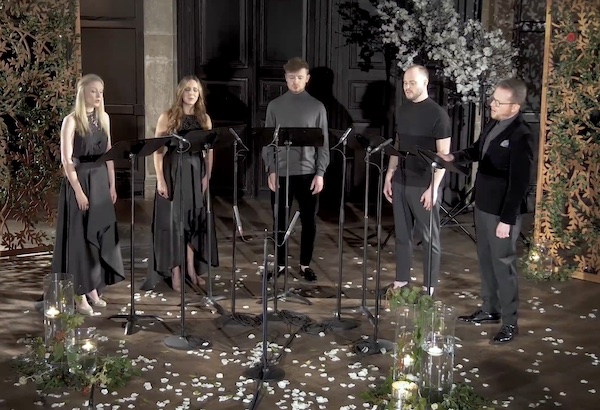 Dessert was a furious Salamanca villancico in which the insistent rhythms drove Lucifer “into the abyss, landing with an almighty crash”. Colored by castanets and guitars, with vocal whoops and swoops and flowing harmony, it enthusiastically closed Christmas Eve.

In contrast, in their own program, Voces8 featured traditional Christmas carols, some lavishly accompanied by an orchestra, including Adrian Peacock’s Venite, Gaudete! was the star. Sister group Apollo5’s (photo above) program was a bit more inventive, especially Dobrinka Tabakova’s brilliant opener Good will to men and peace on earth, which gave a nod to medieval music while being metrically anchored in the present. Toby Young The owl also offered some variety of rhythms among the slower pieces, and the terrific Jacob Handl Omnes de Saba come introduced me to another composer whom I am happy to know. 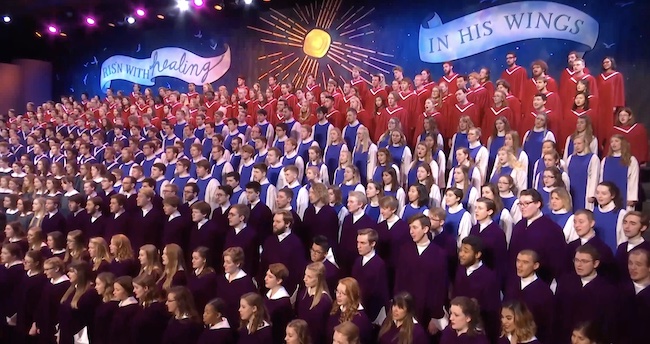 Among the American guests, The Crossing’s Back was a heartfelt journey through their lockdown experience, from virtual choir recordings to a tentative return to some sort of normalcy. The mass movements of recently deceased choir collaborator James Primrosch were excellent, especially the muscular and harmonically dense “Gloria”. Less enjoyable were the kitsch piano and cello noodles that connected the elements of the choir.

There was also a lot of kitsch offered by St Olaf, the college in Minnesota whose traditional Christmas festival began in 1912, before King’s Cambridge, and only happened twice during that time, in the pandemic years of 1918 and 2020. The massed choir of several hundred singers (photo above) gave a heartbreaking account of Bernstein’s first movement Chichester Psalms, directed with command by Anton Armstrong. André Thomas’ blues Gloria made good use of the massed choirs and had a merry Christmas spirit, if not a lot of subtlety. Unfortunately, the sound production was not as good as the elements recorded in London – recognizing that recording 500 performers is clearly more difficult than a chamber consort – so these big elements did not have the mind-blowing factor on which they really lean. 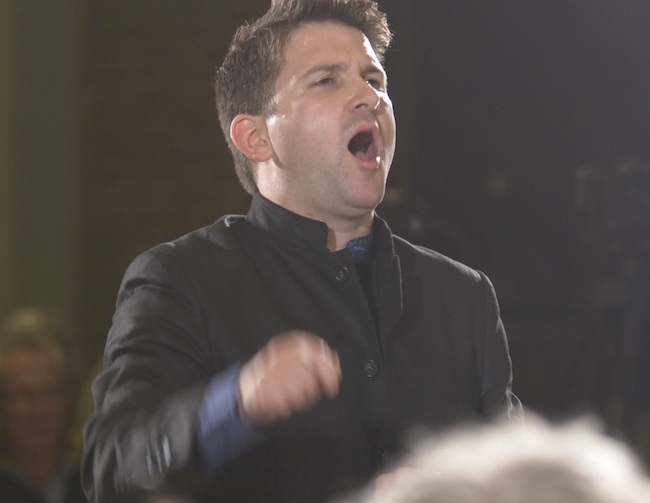 There is always plenty of Messiahs around this time of year, but this one, with Voces8 art director Barnaby Smith (photo above) directing with obvious pleasure was among the best. The vigorous machine room of the ensemble was the continuo – Steven Devine (keyboards) and David Miller (theorbo) – and the soloists all impressed, especially the rich, meaty tone of the Bethany Horak-Hallett viola. The small choir had a supple flexibility, convincingly advocating the performance of baroque choral works with limited strength.

Finally, I must mention the young artists who received a tribune in the festival. The Barnsley Youth Choir is a miracle and sang with commitment and involvement in music. The London Youth Choir was also a pleasure to hear, as was the Hartt Voices from the United States. But the delightful performance of the Daubeney Elementary Grade 2 class (led by Mr. O’Flynn) passed them all, inspiring the biggest Christmas “aah” possible.